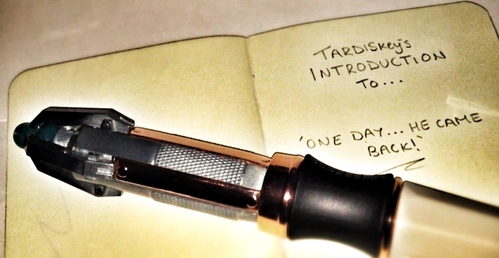 An Introduction To: One Day... He Came Back!

I created this little page so that I can discuss and explain the site's 50th special to celebrate Doctor Who's 50th Anniversary. It may help answer any questions you have or give you a better understanding of it. Allons-y...

The basic plot of the story is; the First Doctor and the current, Eleventh, are brought together for an unknown reason and are forced into a two-part adventure through time and space. Facing two of the show's enemies and packed with references/easter eggs.
I thought that it would be appropriate to feature these two Doctors as it makes the story unique and relating to a celebration that an ordinary adventure with a companion would not. You have the Eleventh Doctor and Clara and what is it? An ordinary adventure. You can pack it with references, excitement and epicness, but it won't differ a lot from any other episode within a series.

I wanted to have the First Doctor involved from the beginning - when I first thought about doing a 50th story - since it was only logical to have the very first and current Doctors meet since one of them represents the creation of the show while the other is an example of how far the show's come over the last 50 years. It's also interesting to write for the two Doctors because the dynamic is something that I've enjoyed doing. They're two very different incarnation in appearance, personality and train of thought. Eleven is more hyperactive, enthusiastic and excited. Even in life threatening situations. Whereas the First Doctor is more strict, serious (with a few moments of humour) and very high regarding of himself. I also like the irony of how Eleven looks years younger but is actually older and more knowledgeable. This is something I took advantage of in the story.

On the note of enemies, I didn't want to overcrowd the special with a lot of enemies from the past because it would make the special longer to write (meaning more to read) and doesn't always do anything for the story itself other than make it feel bigger. As a result, I chose two enemies for each part and gave them their own part within the overall storyline. This then grounds the special while still makes it a special.

I like to keep my stories canon to the show since I feel as though I'm creating actual adventures within the Whoniverse. So, when you read my stories, don't expect me to go far off track by having continuity errors or non-existent characters that are interpreted as being a major character in the show - so no new companions, no future incarnations of the Doctor and no new TARDIS design. So what you can expect from this 50th special is a canon story within the show. Of course some may say I've contradicted myself by having a past Doctor make an appearance, but not necessarily... I create a resolution that is understandable and explainable. It's the Doctor, remember? He's full of secrets...
Of course, having my own particular series titled '101 Places To See' (which is canon to the show), I've kept the special canon to those too so there will be references to those respective stories but nothing too major that you may not understand have you not read them. However, I have added a 'Catch Up'  paragraph to bring you up to speed anyway.

Not only to I try to keep the stories canon but also the characters. I put a strict amount of attention in getting the characters to sound right during dialogue so none of them will say something that sounds out of character. Accompanying this, I detail their movements, expressions, feelings and thinking with just as much attention so that I can paint a picture of what's happening and the way it's described is recognisable. To do so, especially with a character such as the First Doctor, I rewatched his entire tenure and paid a lot of attention in his mannerisms so that I can replicate them into the story. A lot of expressions/behaviour of the two Doctors is totally relatable to them. So, no First Doctor sprinting down a hallway or getting into any hand-to-hand scuffles. That would be utterly ridiculous!

To truly give the story a unique feature; something that truly makes it special, I've incorporated some custom images of particular scenes in the story. Comic book fans may be interested.  Although there's no comic book-like panels with speech bubbles etc. They're just simply an art piece I made to literally paint a picture of a scene. Originally, when contemplating this feature, I intended to use photoshopped images to make it look real while still making it relatable to the scene. However, this would have been complicated since some images may have been difficult to do so I decided to hand draw them, upload them, touch them up in photoshop by adding detailed colouring etc. The art pieces don't follow every single paragraph but are added when I felt it was necessary to add them.

Not only did I add this feature simply to make it 'special' but also to give the story more appeal so when you're reading it, or about to read it, you're not confronted by long boring text and paragraphs that put you off instantly. They keep the story fresh and bring more colour to the story (literally) to add that extra bit of interest.

As revealed in the official poster announcement, the two foes for the special are the Daleks and the Silurians. The Daleks were a part of it before they were announced for the actual 50th special, and even though it was expected, had I known then I wouldn't have done them. I wanted a more unique feel to this special but I still feel that will get across.

The Silurians I'm most excited about. Mainly because of their redesign (yes, there was a teaser about it below). They're no longer the Silurians you'll see in the revived series (example; Madame Vastra). They're more relatable to the classic era Silurians of the Pertwee era though aren't the exact same design. That was the point. You'll get to see the full redesign on November 23rd when Part Two's uploaded.

Hopefully, this'll answer any questions you may have or at least enlighten you on what to expect. Below are all of the teasers that I've released so far followed by a cover teaser. The cover will be the banner image which, currently, isn't revealed. It's nothing big like some of the series 7 blockbuster-style posters, but I'm taking that into consideration so keep your eyes pealed for any future announcements...

Part One will be uploaded on November 15th with Part Two to follow on the Anniversary day, 23rd November.

> The Sonic's only used once but takes a break for the majority of Part One.
> The TARDIS goes for a spin.
> YOU **** **** WITH **!
> Five references to pick up on. One is more of a tease...
> The First Doctor is more of a companion. But the companions always have their moments...
> The word 'First' has more meaning to it rather than just referring to the First Doctor.
> There's a scene that's was inspired by The Big Bang
> The Dark Days...
> There's a particular moment that you should remember throughout both parts since there's some significance to it. 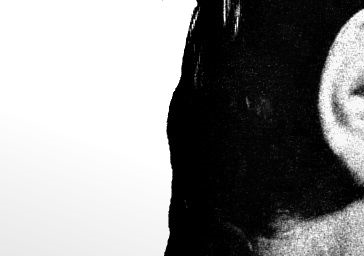